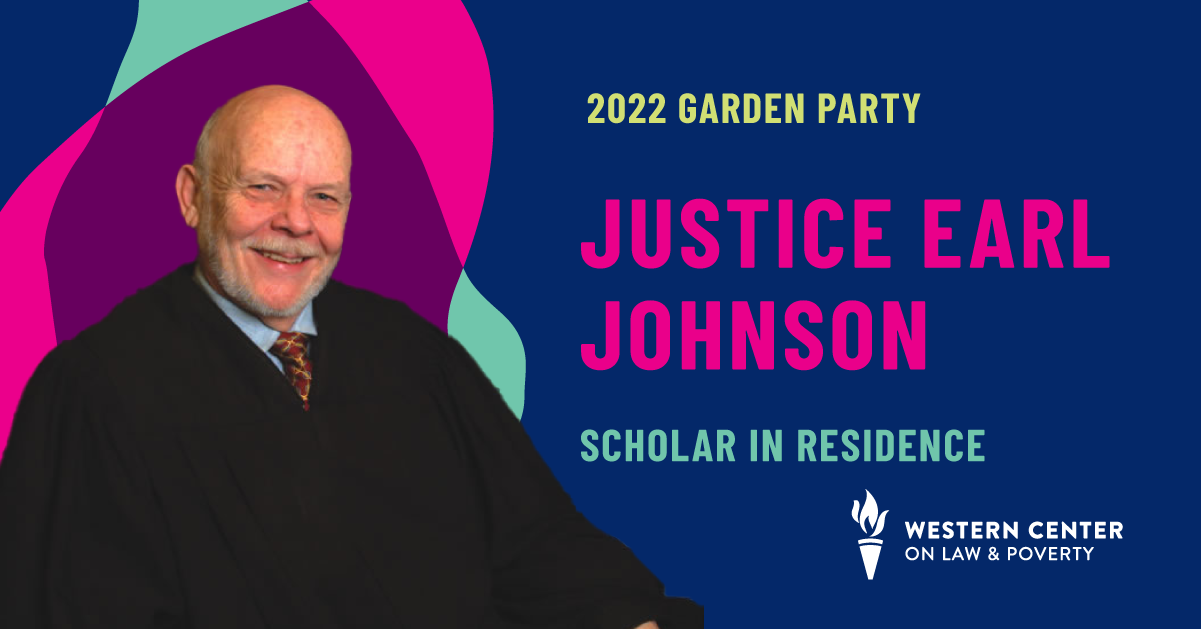 In the past fourteen years, the Equal Justice awards have been presented to a wide array of national, state, and local leaders in the legal aid world — from former U. S. Attorney General Eric Holder to California Supreme Court Justice Cruz Reynoso to local leaders like Judge Terry Hatter and USC Law Professor Claire Pastore. This year, we finally realized we had been overlooking two legal aid stars in the Center’s own backyard. Those stars are the Center’s long-time Litigation Director Dick Rothschild and it’s veteran General Counsel, Robert Newman.

After graduating Magna Cum Laude from Yale University, Dick Rothschild attended USC Law school— graduating in 1975 where he was Order of the Coif, second highest GPA in his class and the Notes and Articles Editor of the Law Review. He then clerked for California Supreme Court Justice Stanley Mosk. With that outstanding resume, Dick was a top prospect for the largest, most prestigious law firms in town. But that was not what he wanted to do as a lawyer and in 1976, he chose instead to sign on as a staff Attorney at the Western Center. By 1984 he was elevated to be the Center’s Director of Litigation, the position he still occupies nearly four decades later. In that role, Dick not only manages the litigation staff and all the Center’s major cases, but frequently is personally involved as lead or co-counsel in those cases.

Meantime, Bob Newman earned both his undergraduate and law degrees at Yale , finishing in 1977 and moving to Los Angeles in 1979. The next few years Bob developed a successful practice representing individuals who had suffered at the hands of government. During that time he won several of multi-million dollar judgments for victims of police misconduct. In 1986, he brought that expertise in major litigation and class actions to the Western Center when he joined the staff as its General Counsel. Over the past three and a half decades, often teaming with other Western Center lawyers, he has successfully litigated scores of major class actions and test cases establishing new legal rights and improving the lives of hundreds of thousands of low income people. In addition, he shares his expertise and wisdom with other staff members when they face knotty problems in cases they are handling. While the rest of Western Center’s legal staff is unusually talented, they are even more productive and successful because the staff includes Bob and Dick with their deep reservoir of experience in complex litigation.

While this may be the first time Dick and Bob are receiving the Western Center’s Equal Justice Award, they have reputations in the legal aid and public interest community that range across the state and even nationally. This is evidenced by the many awards one or both of them have received from other organizations—among them the California Bar’s Loren Miller Award which Dick and Bob won in different years, the Lawyers’ Guild’s Robert Kenny Award which Bob received recently, and the National Legal Aid and Defender Association’s top award— the Kutak-Dodd Prize—which Dick earned a few years ago that goes to the outstanding legal aid lawyer in the country.

I am pleased, indeed honored, to add the Center’s Equal Justice Award to that list. It is especially meaningful for me because this time I have personally observed the contributions these two lawyers have made to the elusive goal of equal justice for all and to improving the lives of the poor and otherwise powerless. So I ask Dick Rothschild and Bob Newman to accept these Equal Justice Awards they have proven several times over that they have long deserved.